YBNL presents Vibration to the world, performed by Fireboy DML. This Video was directed by TG Omori. Viration is from the Laughter, Tears & Goosebumps Album. This tune is not your regular type, this is the jam of the decade. If Fireboy collaborates with Tiwa for a remix of this song, it will be something else. An excellent and very creative piece of Afropop. The songs totally avoids senseless lyrics and just focuses on what matters most – delivering a rapturous Nigerian stonker

2tboyz releases the official music video for their hit joint with Qdot, “Parte After Parte”, Dir. by Mic Daviz.

Serial street hit maker, 2TBoyz comes with a new banger to hit the street and carnival this come festive. The new single is titled “Parte After Parte” and the duo producers employed the services of Alagbe, Qdot. The son of oduduwa gave their banging beat some indigenous party vibe that will make everyone Gbese.

This late 2019 song now as a music video due to popular demand from fans. Watch and Enjoy!

Xclusive releases the official video for first track “MAD O” off he’s new EP “THE X Files Session 1” – The Song/Video features Him taking both verses and chorus. A feel good song for all to have fun with.

The Video Was Directed by WGFILMS

Peruzzi releases visuals to his smash hit single ‘Only One’ off his debut album ‘Huncho Vibez’.

Davido Music Worldwide presents the official music video for “Only One” performed by Peruzzi. The DMW’s vibe machine, Peru released “Only One” after the wide acceptance of ‘Majesty‘ in 2019. Speroachbeatz pon this once again with his blazing production and it’s another potential hit! The melody man (Ruzzi) brought the record alive with his vibe, catchy lyrics and hook.

‘Only One’ is another love song from Peru that you will touch your soul. Since it’s release has been fans favourite and now with the new music video, the song stands a chance of making its way to top music charts.

Watch and Enjoy this crispy visual shot by Dammy Twitch below…

2Baba and Burna Boy teams up for this brand new conscious and groovy tune titled “We Must Groove”.

Veteran music icon, 2Baba comes through with a new record titled “We Must Groove” featuring Burna Boy. This record is an afrobeat/afrofusion tune produced by Jay Sleek. It’s a conscious music that talks about reality, the fact that we all have to continue moving forward in life no matter the pressure we get. Apart from been a conscious song, it’s also a groovy one to ease your  mind, the tension around as you keep fighting to move ahead.

The Living music Icon, 2Baba and African Giant, OluwaBurna delivered something special and spiritual for lovers of music. This an impressive track off 2Baba’s newly released 9th studio album ‘Warrior‘.

Enjoy the incredible visual for 2Baba‘s ‘We Must Groove‘ ft. Burna Boy shot by Patrick Ellis.

Dr Dolor’s signee, Nikita continues with her impressive act with the release of this new vibe titled “Body” featuring Zlatan. The record is a track produced by JaySynths off her new ‘Better Days EP‘.

Nikita’s BETTER DAYS EP is her debut project and the 4-track BodyOfWork is an embodiment of what Nikita represents as she pours her heart all out, talking love and hope in this very enjoyable extended play which has Street act – Zlatan as a guest artist.

The potential chart-topper “Body” has Zlantii in his usual elements and is definitely set to become fans’ favourite in no time.

(Anywhere Video) Leader of the Marlians, Naira Marley switches his style of music to trap on this record titled “Anywhere“. He features UK female rapper, Ms Banks who took over the second verse with her international flow. This something different for the Marlians, Naira is in his feelings. He is ready to go anywhere for his lady on this love song.

London’s underground legend Naira Marley is a key pioneer in the UK AfroBashment scene, fusing his inimitable Lagos accent with trap, bashment, grime and afrobeats to create a sound that encapsulates the melting pot of London’s constantly innovative club scene.

The music video sees David confessing his great love to Chioma, the lady he can’t lose to any other guy. He throws a carnival as he brings his new bride out to the world.

The track was taken from his second studio album ‘A Good Time‘. As Produced by Seyi Keyz & co written by Adekunle Gold, the song talks about going the extra mile just to marry the one you truly love even if it cost A Million Dollar.

This another ‘Assurance‘, Watch and Enjoy the music video for ‘1 Milli’ below and share your thoughts

Indigenous rapper Dav0lee aka Rodo comes with his nickname “Pepper” to kick start 2020. The Afro street act keeps knocking on the door of greatness & blessing, he wants total breakthrough. His pepper is beginning to reduce because of the stress so he draws closer to God for intervention.

While releasing this visual he shares; ‘No jokes fam, this project means a lot to me cos it is the first I will handle all by myself and I know this is not the last. The journey hasn’t been easy but I am proud of how far you all have come with me on this‘.

Watch and Enjoy the visuals below

DJ Ecool returns yet again with another banging tune, this brand new one is tagged “Like This”.

“DJ Ecool – Like This“… DMW and Davido’s official disc jockey, Ecool releases a new single titled “Like This“. This is a quick follow up to his previous release ‘Banga‘ which is currently buzzing. As produced by MadeInSeconds this record is a low afro-pop vibe unlike his previous release.

The track is another impressive one off Ecool’s soon to come EP, ‘New Side‘. The EP is a 7 track project with guest appearance of Zlatan and the DMW music men; Dremo, Mayorkun.

The new is a sing-along-song that will also do well because of it’s matured vibe and catchy lyrics. It was released as a single based on popular demand… Listen and Enjoy!

Don Eazi didn’t take it easy on his verse, Man totally killed it. Joeboy brought melody and Harmony to life on this sure banger! GET AUDIO

The music video shot and chopped by TG Omori is crispy. The trio were on the MJ outfit and glowing all through the video. Watch and Enjoy below 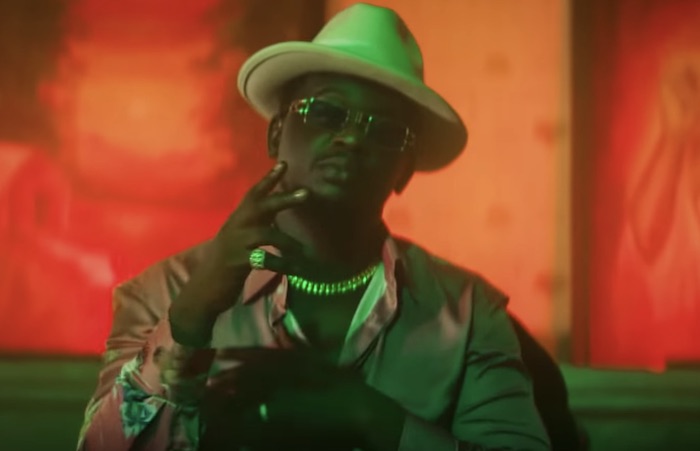 Empire recording artist Wande Coal has just released the official music video for his previous song titled “Ode Lo Like” which was premiered in 2019.

The captivating visual was directed by Adasa Cookey.

What do you think about this Video?